Pupils enjoyed some festive fun and frivolity (“oh yes they did!”) as the school hall was transformed into a faraway island paradise for the tale of the boy who never grew up.

The pupils were treated to a pantomime performance of Peter Pan by the Hurricane Touring Company, as they led the pupils on a journey from the Cazenove Road school, past the “second star to the right and straight on ’til morning” until they reached his Neverland home.

The pupils delighted in the exploits of Peter Pan, the Darlings, his friends the Lost Boys and the fairy Tinkerbell, as they took on their enemy, the dastardly pirate villain Captain Hook.

“It was just magical to see the excited looks on the faces of the pupils watching the production as they were just enthralled. Thank you to Hurricane Theatre Company for giving us such a terrific and swashbuckling performance of this pantomime favourite Peter Pan.” 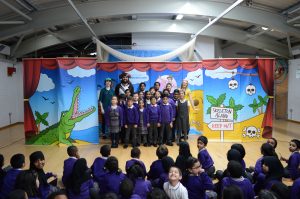 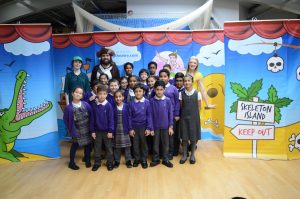